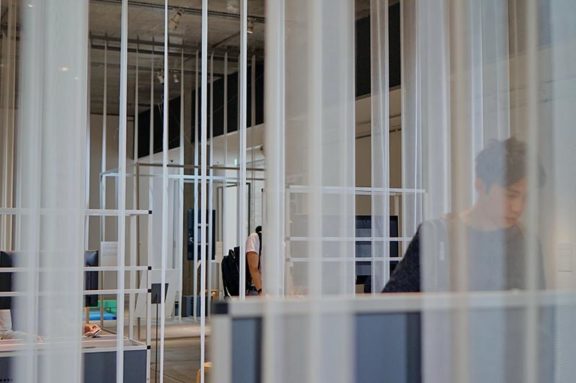 Extradition is the procedure by which a State, the requested State, accepts to surrender a person who is on its territory to another State, the requesting State, which seeks him in order to bring him to Court for the commission of an offence or in order to carry out a sentence already pronounced for the commission of an offence.

Under French law, the procedure and the conditions for an extradition are organized by articles 696 et seq. of the Code of Criminal Procedure. However, when an international convention has been signed between France and another State, this convention applies first. These international conventions are more and more numerous. Their interest is to limit the discretionary power of the States to consent or not to an extradition request: the execution of the extradition becomes an obligation when the conditions set by the convention are met.

In addition, in the European Union, Member States have implemented a simplified procedure: the European arrest warrant (articles 695-11 et seq. of the Code of Criminal Procedure).

The procedure and conditions detailed below constitute French common law, and must therefore be followed when international conventions or the European arrest warrant are not applicable.

Extradition may concern any person suspected or convicted of being the author, co-perpetrator or accomplice of an offence or its attempt.

The matters which may give rise to the issuing of an extradition request are offences where the maximum prison sentence incurred is two years or more, or, in the case of a convicted person, where the sentence imposed by the Court is of two months’ imprisonment or more.[1]

These matters must also be punished, by French law, with a similar sentence: it is the requirement of double criminalisation. Extradition can only be granted by the French government if French law also punishes the offence on which the request for extradition is based by an imprisonment sentence.

Furthermore, extradition can only be granted if the offence for which the request has been made was committed:

The surrender procedure when France is the requested State

A. The request for provisional arrest by the requesting State

The submission and execution of an extradition request can be lengthy, in particular due to:

However, the wanted person must not be able to take advantage of these delays to flee.

Consequently, French law provides that in urgent cases, at the direct request of the requesting State, the Prosecutor general with territorial jurisdiction can order the provisional arrest of the person sought for the purpose of extradition.[3]

B. Formulation of the extradition request through diplomatic channels

All extradition requests must be addressed to the French government through diplomatic channels, and accompanied by the necessary documents, namely:

The extradition request is, after verification of the documents, transmitted with the case file by the Minister of Foreign Affairs to the Minister of Justice, who, after ensuring the legality of the request, sends it to the Prosecutor general with territorial jurisdiction.[5]

C. The person’s appearance before the Prosecutor general

Following his arrest, the requested person must be brought within 48 hours before the Prosecutor general with territorial jurisdiction. During this period, he has the same rights as a person in police custody.[6]

The Prosecutor general verifies the identity of the person and informs him of:

The person sought is incarcerated, unless his representation in all procedural steps is sufficiently guaranteed. He can request his release at any time, in front of the Investigation Chamber, and can be placed under judicial supervision or house arrest instead.[7]

D. The person’s appearance before the Investigation Chamber

The requested person must then appear before the Investigation Chamber, within:

The hearing is usually public.

After being informed of the legal consequences of his choice, the person must again declare whether he consents to his extradition or not. This consent is not required for the execution of the extradition, but once again, it helps to expedite the process.

If the person consents to his extradition and the legal conditions for such extradition are met, the Investigation Chamber must allow it within seven days of the appearance of the person, unless additional information has been ordered. This decision is not subject to appeal.[10]

On the other hand, if the requested person does not consent to his extradition, the Investigation Chamber must rule within one month of the appearance of the person before it, unless additional information has been ordered. The decision is necessarily unfavourable if the Court considers that the legal conditions for an extradition are not met or that there is an obvious error. The decision can be appealed, on the basis of an error of form only.[11]

E. The government’s execution of an extradition request

If the decision of the Investigation Chamber is unfavourable to the extradition and it is final, extradition cannot be granted. The person sought, if not detained for another cause, must be released.[12]

If the government decides to grant the extradition, the extradition is authorised by a Prime Minister’s decree, taken on the basis of a report from the Minister of Justice. No time limit is set by law for the Prime Minister to issue this decree following the favourable opinion of the Investigation Chamber.

The requested person must be delivered to the agents of the requesting State within one month of the notification of the Prime Minister’s decree to said State. Otherwise, the person is, except in cases of force majeure, automatically released and can no longer be claimed for the same cause.

Appeals against the Prime Minister’s decree can be filed within one month.[13]

If extradition is requested concurrently by several States for a single offence, it is preferably granted to the State against whose interests the offence was directed, or to the State on whose territory it was committed.[14]

However, if the competing requests are based on different offences, the request that must take priority is chosen with regards to all factual circumstances and, in particular, the gravity and the place of the offence, the date of the requests, and the undertaking which one of the requesting States has made to carry out a re-extradition.

Furthermore, if the person requested from the French government is already being prosecuted or has already been sentenced in France for a different offence, surrender is only made after the end of the proceedings and, in the event of conviction, after the execution of the sentence. However, the requested person may be sent temporarily to appear before the Courts of the requesting State, on the condition that he will be returned to France as soon as the foreign Courts have ruled.[15]

The means to oppose the surrender of a requested person

Extradition is not granted where:

The surrender procedure when France is the requesting State

The Code of Criminal Procedure does not regulate the extradition requested by France. Indeed, the procedure will be carried out, mainly, abroad, therefore France has no jurisdiction to regulate it. However, the procedure is preceded by a French phase of preparation and presentation of the request, and followed by another French phase after the reception of the extradited person.

A. Formulation of the extradition request

The Prosecutor of the Republique of Court with jurisdiction must collect the documents necessary for the presentation of the extradition request. These documents are identified by the requested State’s law. The file thus constituted is transmitted to the Prosecutor General and then to the Ministry of Justice.

B. The invalidity of extradition in the event of non-compliance with the law

Immediately after the imprisonment of the extradited person, the Prosecutor general advises him that he has the right:

The request presented by the extradited person must be justified and addressed, within ten days of the discussion with the Prosecutor general:

If the extradition is declared void, the extradited person, if not sought by the requested State, is released.[18]

The effects of extradition

Extradition is in principle granted only on the condition that the extradited person will neither be prosecuted nor sentenced for an offence other than the one(s) which motivated the extradition and committed prior to the surrender.[19]

However, this rule of specialty does not apply when the person waives it or when the requested State gives its consent.[20]

[1] Article 696-3 of the French Code of Criminal Procedure

[2] Article 696-2 of the French Code of Criminal Procedure

[4] Article 696-8 of the French Code of Criminal Procedure

[5] Article 696-9 of the French Code of Criminal Procedure

[21] Article 696-42 of the French Code of Criminal ProcedureSuivez-nous: